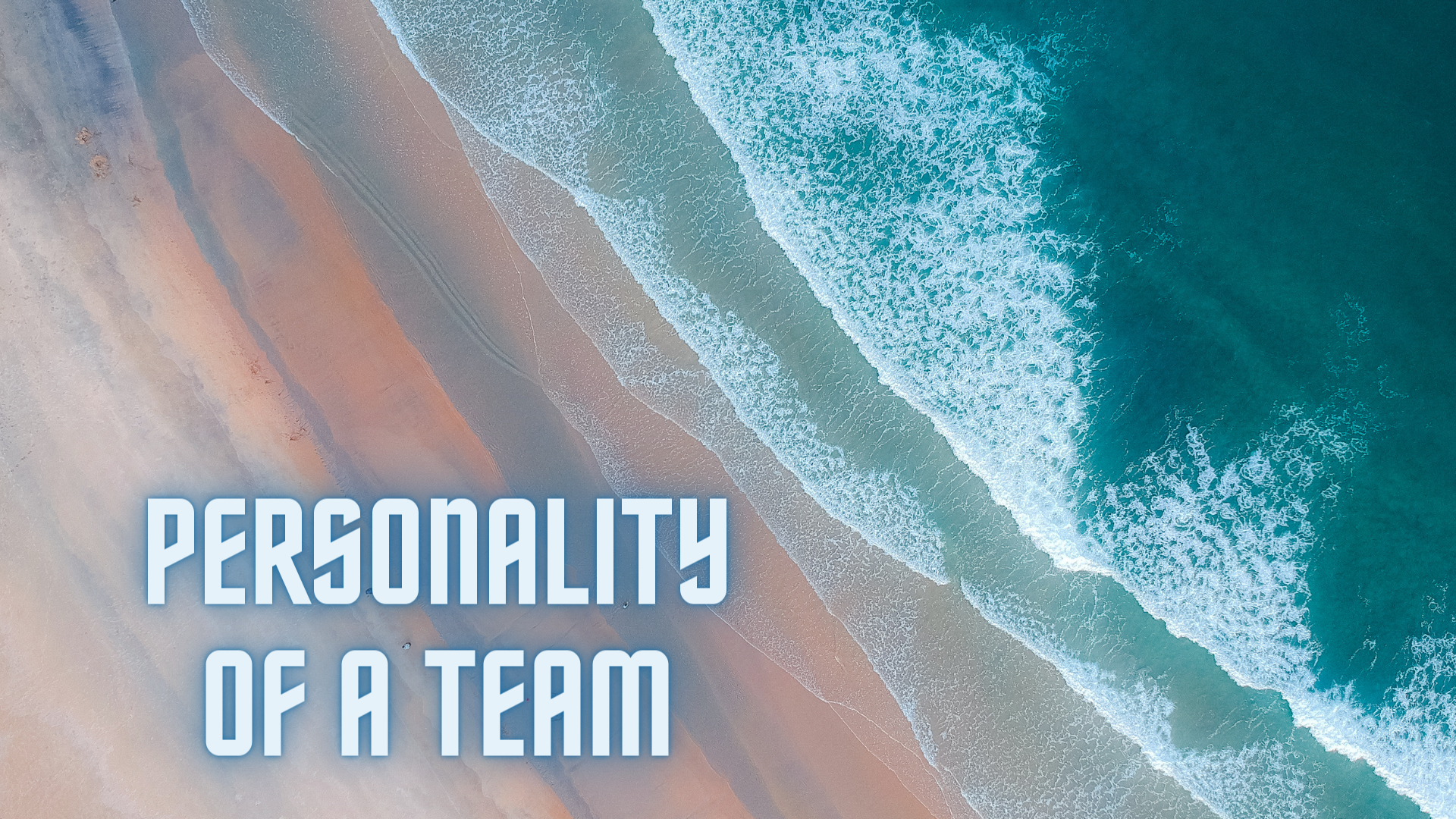 How do people differ from each other? What are the personality types? How do we express them? These are some of the questions we want to answer speaking about important topics – about personality traits and types and characteristics of different people in one team.

Personality is one of the most important assets we have, helping us shape our past experiences and influencing future ones. All our achievements in the past and expectations we have for the future can be influenced by our personality and the characteristics of the other people we interact with. If we want to better understand the concept of a team structure, it is essential to also understand personality.

“Do not compare, do not measure yourself with others. No other way is like yours. All other ways deceive and tempt you. You must fulfil the way that is in you.”
– Carl Jung –

In this article, I would like to present you the famous BIG FIVE personality traits model, also known under the acronym OCEAN. It focuses on describing personality through five broad dimensions (1): Openness, Conscientiousness, Extraversion, Agreeableness & Neuroticism.

Among the many psychology researchers who have studied the Big Five model, Paul Costa and Robert McCrae developed a self-reported questionnaire, NEO-PI-R in 1992, to measure a person’s standing on each factor by computing how much they agree that various statements describe them.(2) Here are the dimensions:

People who are open to experience are curious, creative, imaginative, original, liberal, and willing to try new things (more likely to engage in risky behavior). On the other hand, people with a low score on the openness dimension dislike change, resist new ideas, are uncreative, conservative, conventional, with narrow interests.

People with high conscientiousness are more likely to regulate their reactions showing more self-discipline and self-control. They are organized, on-time, dependable, and prepared. People with a low conscientiousness score are usually not reliable, dislike structure and schedules, are disorganized, forgetful, and sloppy.

People who are often perceived as dominant, talkative, and full of energy have high scores on the extraversion dimension. They tend to be enthusiastic, optimistic, sociable, and action-oriented individuals. They may appear more dominant in communication, as opposed to introverted people, who are rather reserved in social situations (but not unfriendly or antisocial). Introverts tend to be quiet, reserved, task-oriented, and seem shy. They need less stimulation and more time being alone (just for themselves) than extraverts. Generally, people are combinations of extraversion and introversion traits.

Agreeable individuals are generally considerate, kind, generous, trustful, and friendly. They are affectionate and willing to help others. Disagreeable individuals place self-interest above getting along with others. They do not show interest in other people’s feelings and concern for other people’s problems. They tend to be selfish, manipulative, rude, competitive, and distrustful.

Those who score high in neuroticism are very emotional, moody, tense, and insecure. They are more likely to interpret ordinary situations as threatening, and usually worry about a lot of things. They tend to have problems with emotional regulation and become stressed and upset easily. On the other hand, people with low scores in neuroticism tend to be calm, relaxed, secure, self-confident, and emotionally stable.

Many researchers have noted that the Big Five factors and their traits appear universally, as those traits have been found in more than 50 countries and diverse nations all over the world.

In some countries, extraversion and agreeableness tend to be more desirable than in others, but in other countries, it is socially preferable to be more conscientious and emotionally stable than to be extraverted or talkative.

When thinking about personality, it is important not to consider it as a ‘black or white’ construct, but rather as a colourful, lively form. Also, in a sports environment we can find more extroverted personality traits and find them to be preferable by coaches, spectators, fans, but, nevertheless, introverts in sports can be highly productive, successful, and valuable individuals.

Defining personality in terms of social attractiveness (i.e. preferring those who are extrovert, talkative, and sociable) is inadequate because it considers only ‘attractive’ aspects of personality, and implies that some people (with obviously unique personality traits) lack qualities, which is obviously not true.

There are some personality traits that can contribute to higher sports performance and overall team’s success. Some researchers find that more successful athletes showed higher agreeableness, conscientiousness, and emotional stability (3)(4), and openness to new experiences (5) than the less successful athletes. According to these findings they tend to show more self-discipline and self-control, are more organized, on-time, dependable, and trustful.

Hope this article and mentioned findings can help you understand yourself and others better in your everyday life and your sports environment.

The mission of the “LEARNING IS GROWING” is to show you how investment in education, your individual preparation, personal growth, and development can help you become a better referee, player, or coach. As individual preparation differs individually based on the character, experience, knowledge, age, level of performance, and many other variables, the topics that will be presented in this column should be transposed into your ambitions in a way that suits you the most.

Every month, we will roll out a podcast with interesting people of the basketball scene. Find out what goes on behind the scene in professional sports: referees, coaches, players, managers, sports professionals, and many others from the sewing box: Great moments, ‘crazy’ situations and breath-taking memories. With fun and interesting conversations, you will get to know the often hidden side of the sports participants.

This website uses cookies to improve your experience while you navigate through the website. Out of these cookies, the cookies that are categorized as necessary are stored on your browser as they are essential for the working of basic functionalities of the website. We also use third-party cookies that help us analyze and understand how you use this website. These cookies will be stored in your browser only with your consent. You also have the option to opt-out of these cookies. But opting out of some of these cookies may have an effect on your browsing experience.
Necessary Always Enabled
Necessary cookies are absolutely essential for the website to function properly. This category only includes cookies that ensures basic functionalities and security features of the website. These cookies do not store any personal information.
Non-necessary
Any cookies that may not be particularly necessary for the website to function and is used specifically to collect user personal data via analytics, ads, other embedded contents are termed as non-necessary cookies.
SAVE & ACCEPT