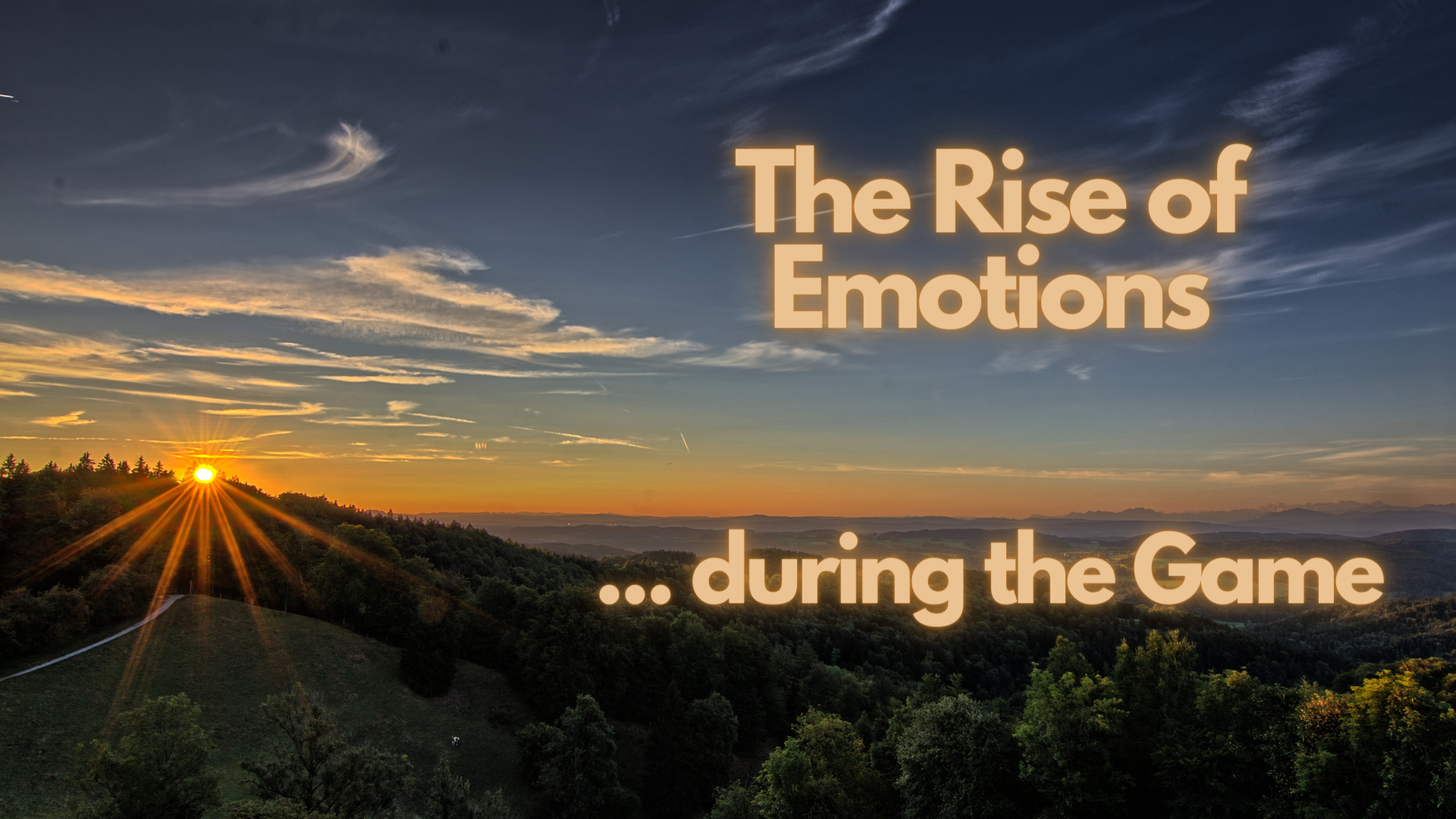 In the previous article, I wrote about emotions and how people generally express their emotions, based on their upbringing, social environment, personality, and the culture they live in. In this article, I would like to write a few things about the rise of emotions during the game. As we are all aware, emotions are expected to appear many times during the game and any situation can be a trigger for various emotions to rise.

In the sports environment many times we witness the rise of emotions, especially in tight score games with eliminating consequences on a stake. Teams (players and coaches) compete against each other and in that environment is expected to see a variety of emotional reactions.

These emotions usually differ in intensity and the spectre in which they appear – i.e. joy, excitement, happiness, pride, anger, frustration, sadness – depending on the result of your team and your ability to control your own reactions.

For example, it is ok to express pride and joy after you had a great steal or a dunk, but if you stay too long in that emotional state you will lose an opportunity to present your performance in a constant quality way. Also, if you express anger and frustration with high intensity every time you miss a shot or lose a ball, emotions will take control over your performance and you will probably lose your ability to perform in your optimal way.

“Always keep in mind: You are in control of your thoughts, emotions, and behavior, not the other way around.”

The game is a ‘live being’ with its own dynamic, structure, and intensity. Spectators and fans are also in some way participants that can affect the rise of emotions during the game. But in order not to allow emotions to take control of our performance, we need to understand there is a time, place, and intensity level for these emotions to be expressed.

“Anybody can become angry – that is easy, but to be angry with the right person, to the right degree, at the right time, for the right purpose, and in the right way – that is not within everybody’s power and is not easy.”
– Aristotle –

And webinars we had: Self-control in stressful situations (December 2020) & Mental preparation guidelines (March 2021).

Also, here are additionally mentioned two of them which can be your starting point on your journey of self-control: Self-analysis and Mindful breathing.

As mentioned in the previous article, by analysing your feelings, your emotional reactions and performance after the game you are more likely to increase your ability to spot the signs of how you respond but also to recognize what are the potential trigger for your emotional reactions during the game. This can help you respond to some situations in a more appropriate way.

Breathing techniques such as relaxational (interval of exhaling is longer than inhale) and mindful breathing (being aware of the breathing rhythm) can become part of your general mental preparation but also your pre-game preparation. Whit these exercises you’ll relax your body and your mind.

When you practice mindful and relaxed breathing regularly you become more aware of your ability to control your breathing rhythm and awareness of your emotional state. This will help you be more relaxed when you feel under stress, nervous, angry, or anxious.

What about you, are you able to control the intensity of your emotions when they arise during the game? Are you aware of the context and the situation in which you become emotional during the game? Do you notice that players and coaches who generally need more time to ‘cool down’ are not able to perform at their best while these emotional states arise?

These are only a few equations that answers may help you understand better the rise of emotions in a competitive environment and the game we play. The key is to understand ourselves and others better – players, coaches, referees – all the participants during the game.

The mission of the “LEARNING IS GROWING” is to show you how investment in education, your individual preparation, personal growth, and development can help you become a better referee, player, or coach. As individual preparation differs individually based on the character, experience, knowledge, age, level of performance, and many other variables, the topics that will be presented in this column should be transposed into your ambitions in a way that suits you the most.

Every month, we will roll out a podcast with interesting people of the basketball scene. Find out what goes on behind the scene in professional sports: referees, coaches, players, managers, sports professionals, and many others from the sewing box: Great moments, ‘crazy’ situations and breath-taking memories. With fun and interesting conversations, you will get to know the often hidden side of the sports participants.

This website uses cookies to improve your experience while you navigate through the website. Out of these cookies, the cookies that are categorized as necessary are stored on your browser as they are essential for the working of basic functionalities of the website. We also use third-party cookies that help us analyze and understand how you use this website. These cookies will be stored in your browser only with your consent. You also have the option to opt-out of these cookies. But opting out of some of these cookies may have an effect on your browsing experience.
Necessary Always Enabled
Necessary cookies are absolutely essential for the website to function properly. This category only includes cookies that ensures basic functionalities and security features of the website. These cookies do not store any personal information.
Non-necessary
Any cookies that may not be particularly necessary for the website to function and is used specifically to collect user personal data via analytics, ads, other embedded contents are termed as non-necessary cookies.
SAVE & ACCEPT